Suspense and Eros are basically very compatible.
Because there are so many things that affections are involved in these incidents.

I like to look into the actual case associated with love.
I’m curious about how the emotion of the culprit was born and why the impulse was born in.
But as I look up after all, I’m feeling disgusting and depressed little by little .

However, the film creators dramatize screenplay well such incidents in moderation and satisfy them with a quick gimmicks.
In all of the works introduced here, beautiful women are deeply involved in the story, and that makes the work more shiny.
“Ordinary love stories are boring. I want some exciting works once in a while!”
If you think so, I want you to watch these 5 films. 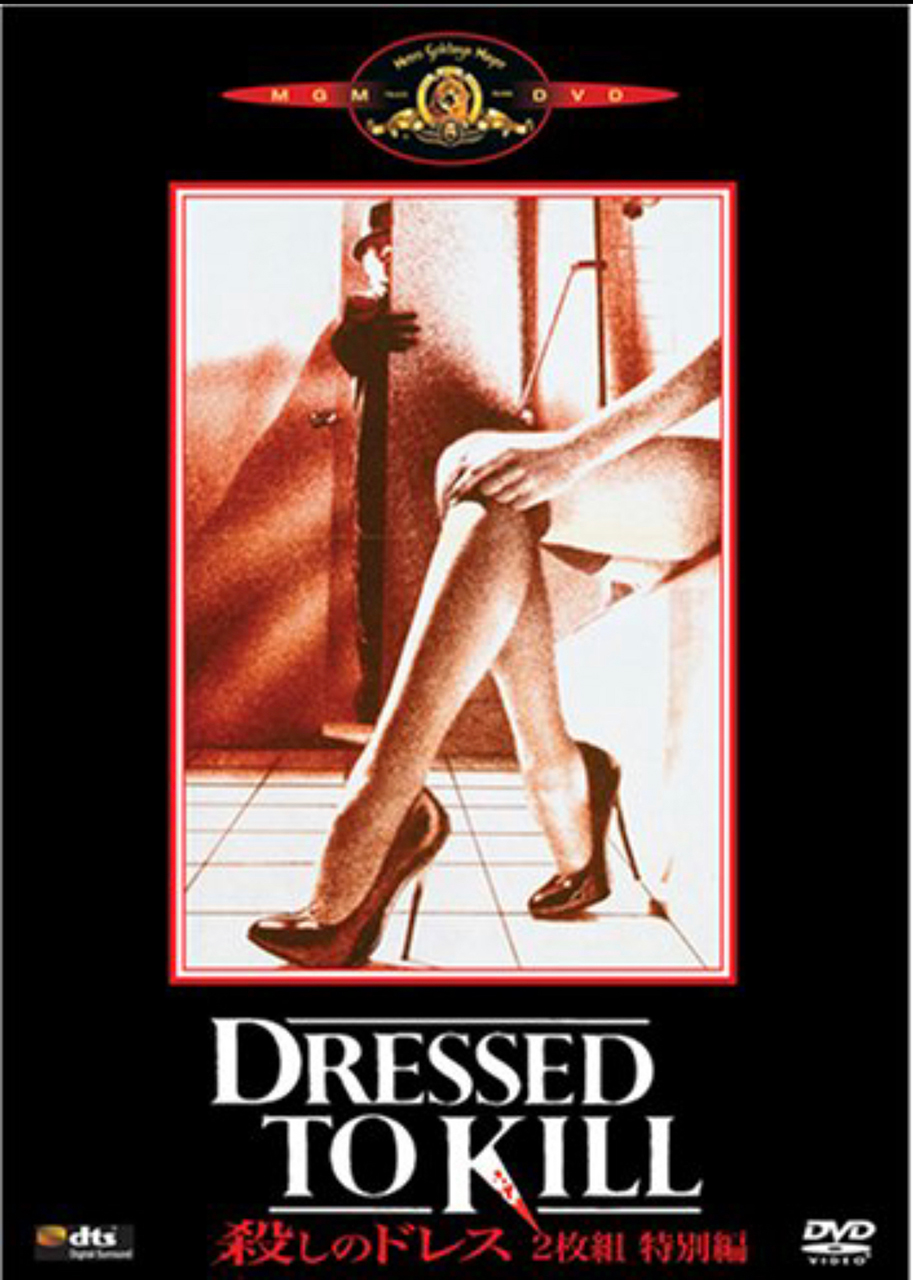 A woman who confided to a counselor that she was not excited anymore with her husband, was subsequently killed by someone I met at the museum. 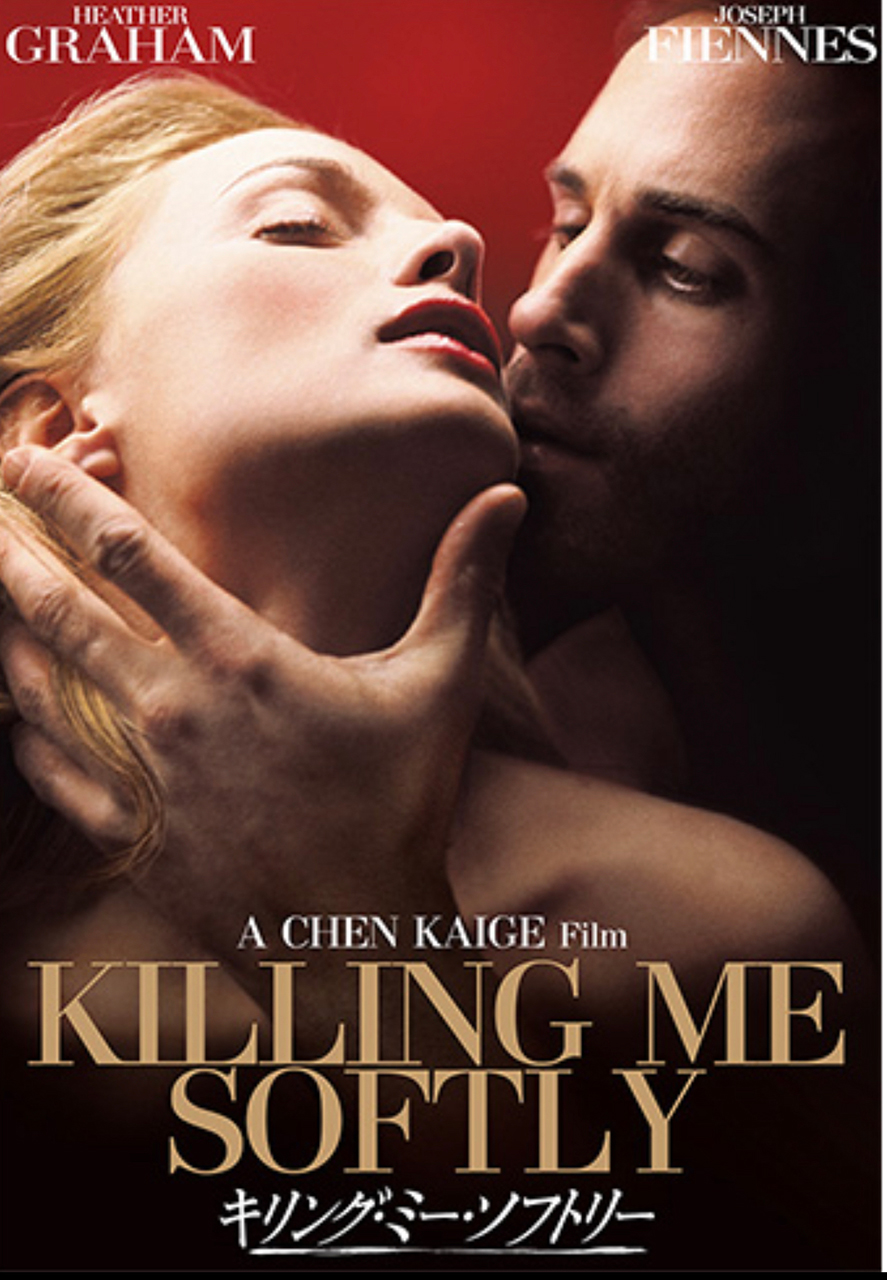 Everyday of my life is no different from usual.
But someone must be waiting for me.
For me looking for something that way, I found his eyes at that time were enough to fall in love.
Satin string tied around the neck is a proof of trust.
At his will, the roots of my breath are stopped.
It is a world of lust.
This is the first erotic suspense film of Chén Kǎigē who is Chinese director.
I don’t know what fate love is, but l think the existence that changes myself so much might cannot live with for a long time. 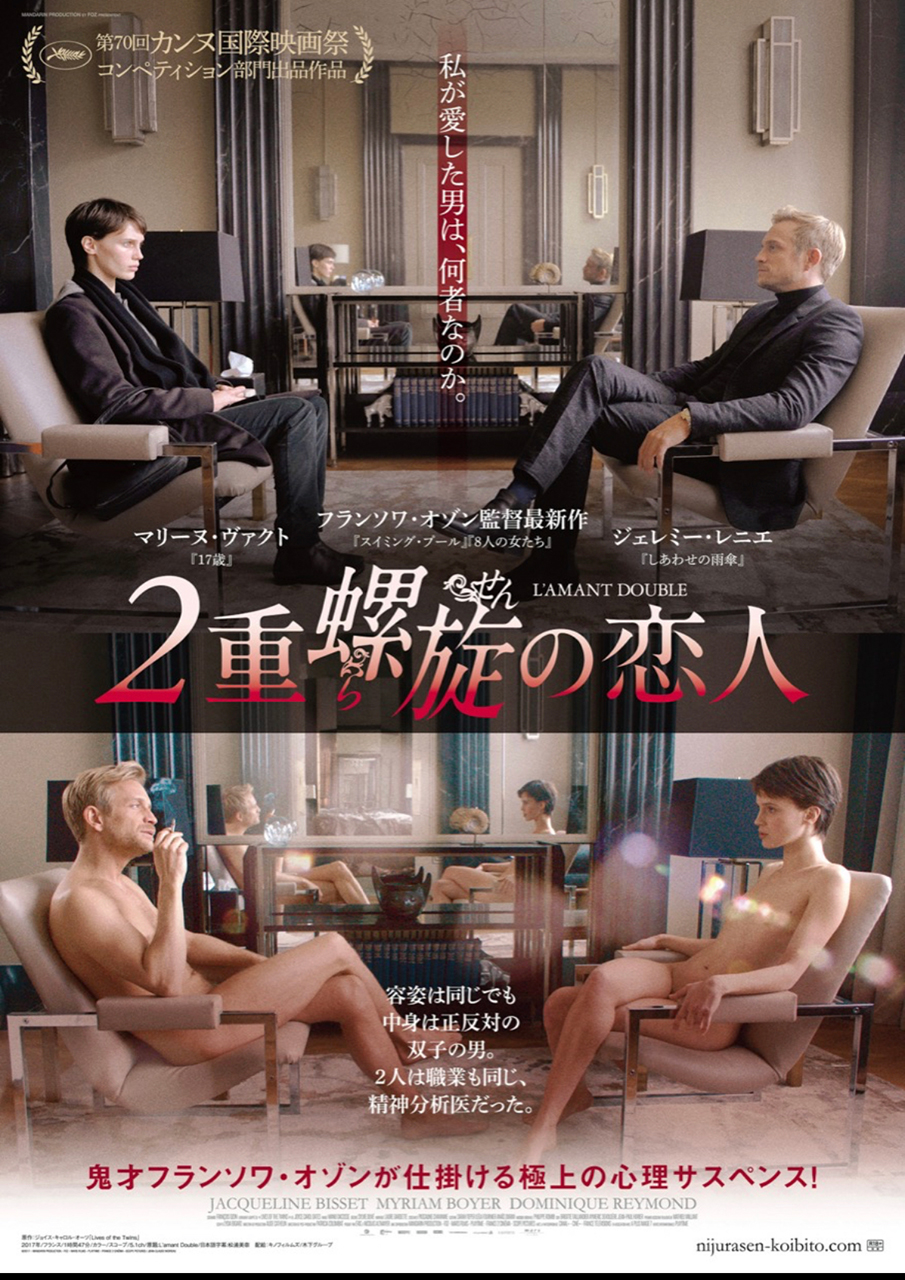 something in me that splits…

In the face-to-face psychiatric room, counseling of Chloe who keeps talking provocatively, and the reticent Paul who keeps listening to it silently seems like lofty sex.
Mental sex and psychological sex.
The two desires can’t come together well, and Chloe, struggling with the relationship between the twin Paul and Louis, Suffered from hallucinations.

This’film features an impressive scene that uses a lot of mirror scenes in subliminal style, and features European and sophisticated images.
The first half is a mystery, and the second half is a psychological mystery that combines completely different impressions from horror.

In this film, I recommend melts your heart by the beauty of Marine Vacth who drifts a unique sex appeal than last of the impact that can solve all mysteries. 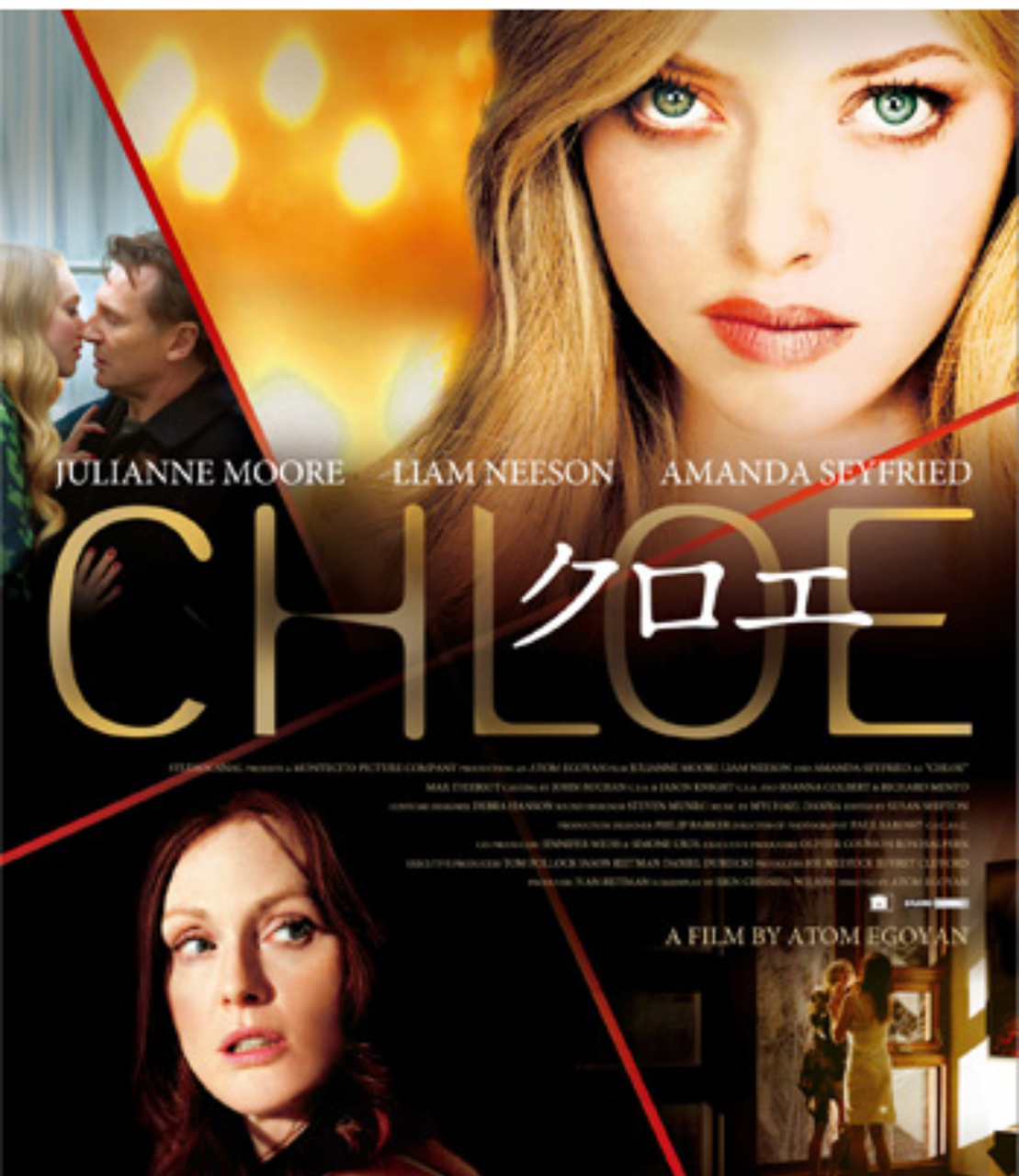 Doubting about her husband’s cheating, the wife hires a beautiful young prostitute and hangs a trap on her husband.
Touching that beautiful lip that is mixed with poison still can’t find the true love you are looking for.
emptiness and relief come to mind at the same time.
This film based on the French film “Nathalie…”.
Amanda Seyfried plays the femme fatale in this Hollywood version film.

Julianne Moore plays the role of his wife, and Amanda Sefrid plays the prostitute Chloe. It is the highlight of this film that each other’s desires become uncontrollable, bewitching, beautifully and deeply.
The Amanda Sefrid sometimes showed two faces of an innocent look like a girl and a bewitching villain, and it was a acting that draws in with overwhelming presence. 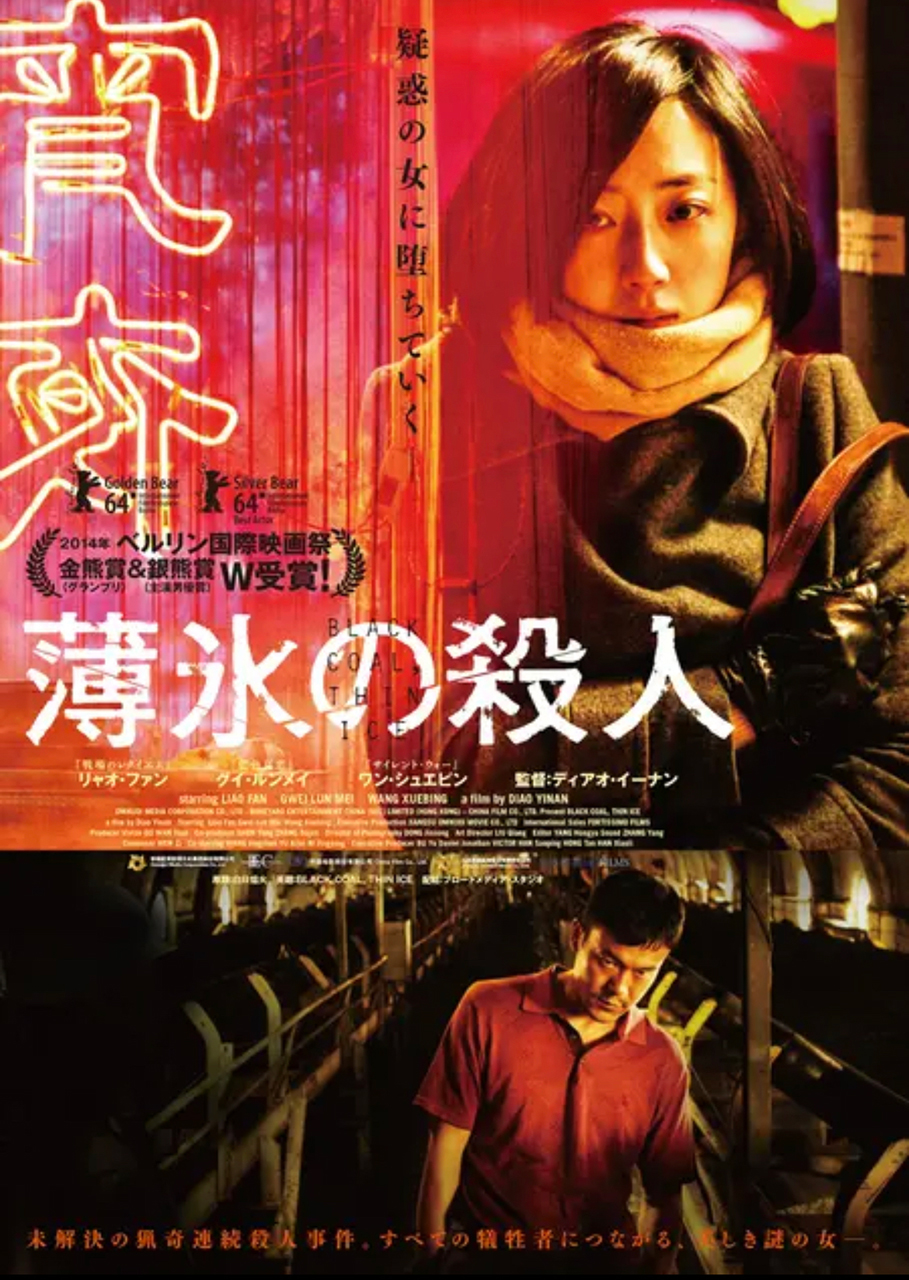 The form of love of this story is too cruel depicted.
This film is a melancholy and film noir conscious, perfect for watching on a rainy day.
It is a distinct film that offers both bloody grotesque and sophisticated visual beauty.

Murder in a labyrinth.
The wife of the victim with transient beauty, and a former detective fascinated by her,.
Unlike the depressed content, the vivid neon of amusement park seems to represent the absurdity drifting in rural towns.

The feelings of men and women that can’t be tricky overshadow the outline of suspense. It might as well watching this as a melodrama. Just like a firecracker, the last scene that could play faintly show the life of a man and a woman who could only live clumsily.